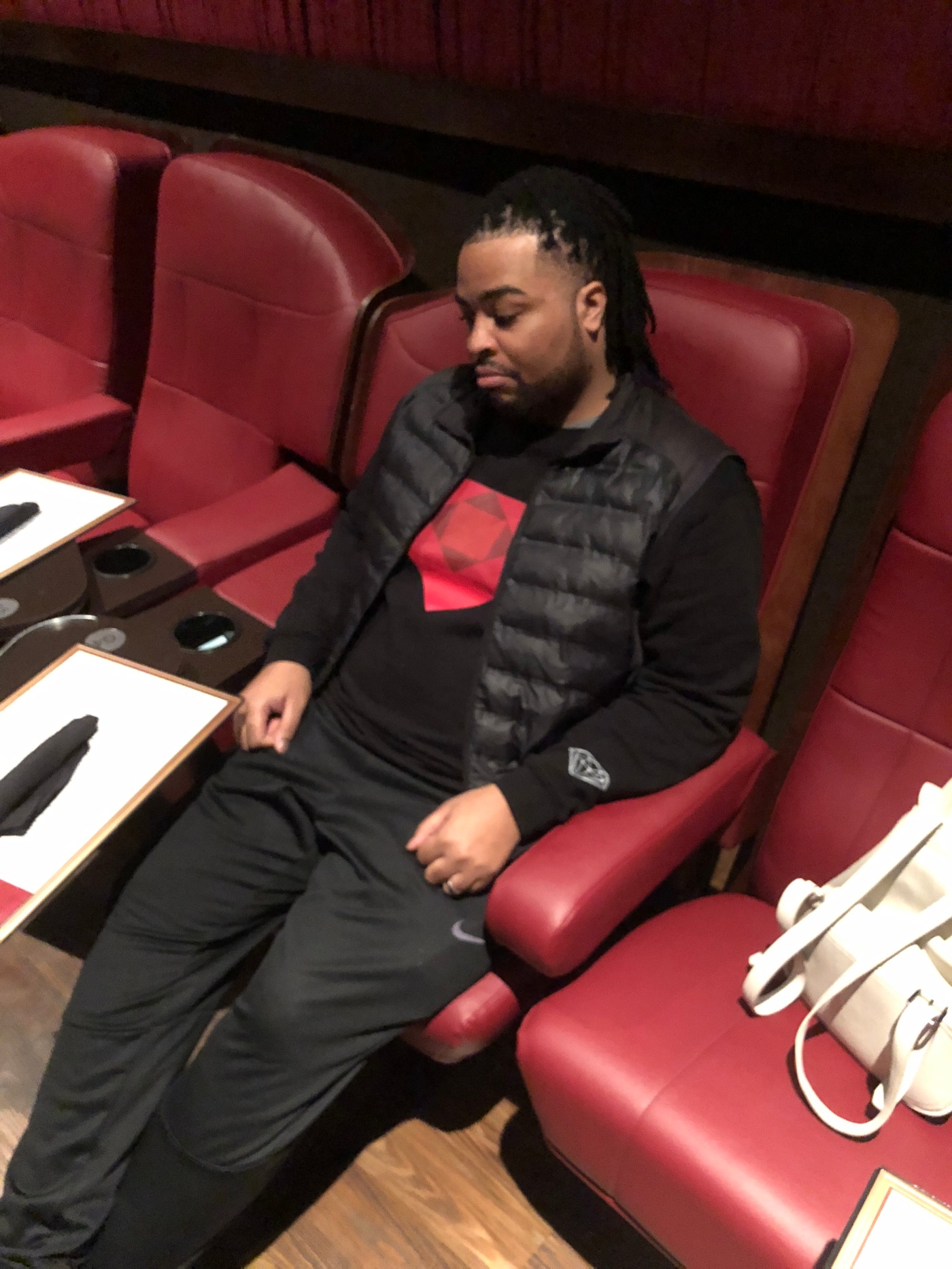 So when you achieve certain goals, like marriage, great career, say like having 4 kids; you enter a world very people have lived. There’s no normal. You’re in a perpetual state of a “new” normal.

Fortunately (I think) our daughter’s volleyball tournaments take us all over the country. The boys tend to stay with my in laws, which used to mean the hotel room to ourselves. And you know what that means… Napping. Lots of napping. Except with the baby, since I’m still her food (aka I’m breastfeeding), we can’t “nap” and being by ourselves is just a lot more difficult. This one trip to Richmond, my mom went to and agreed to watch her for a few hours. Soooo, after a quick pumping, we were free to go. 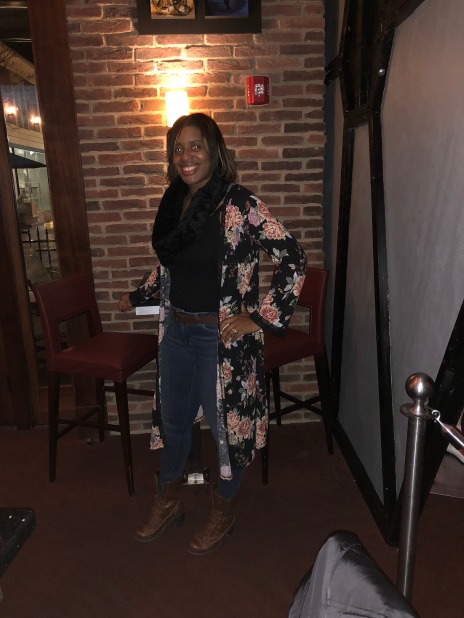 I did not anticipate the Steelers sabotaging my date before it even started.  I mean they didn’t lose, they got destroyed. And being married to one of the biggest Steelers’ fan, meant my night was screwed.

He did try to act like everything was okay. He took me to CineBistro at Stony Point Fashion Park. 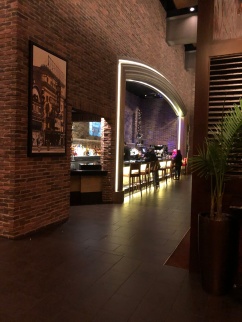 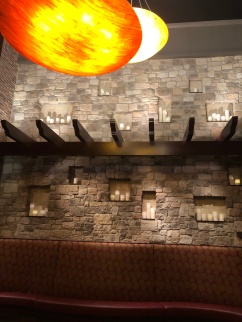 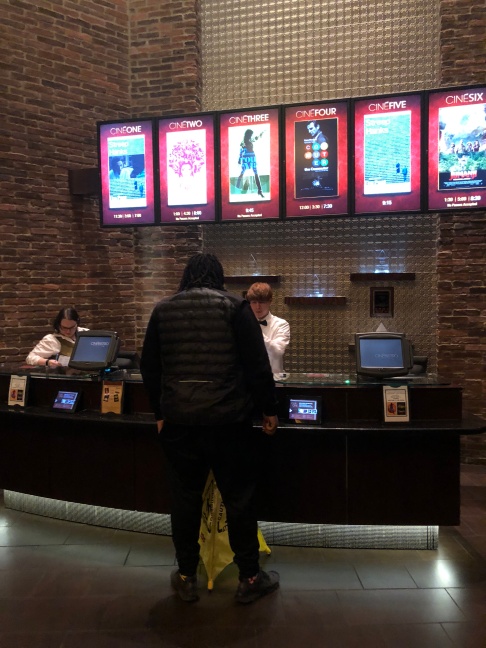 It was pretty cool inside. Dark though. Sorta hard to see your menu. 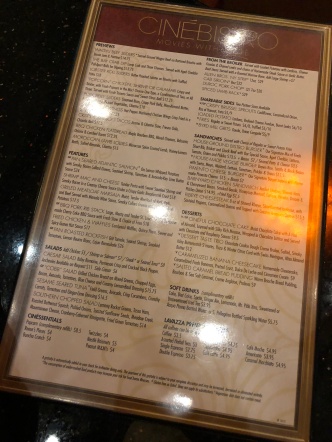 I just had to get used to the ambience, obviously not your typical movie theater.  So you can eat while you wait for the movie to start; or once you’re in the theater they’ll be waiters/waitresses ready to take your order and bring you your meal before the movie begins (remember you must arrive 30 minutes before the movie)

While we waited 45 minutes for Jumanji (I love what the Rock is cooking), I decided to have my first drink since well election day (got pregnant that night while on a cruise lol).  There was definitely a lot to chose from.  The Berry Breeze would be my first drink in a year and a half, and it did not disappoint! We ordered some perfectly seasoned wings, which we devoured in minutes lol. 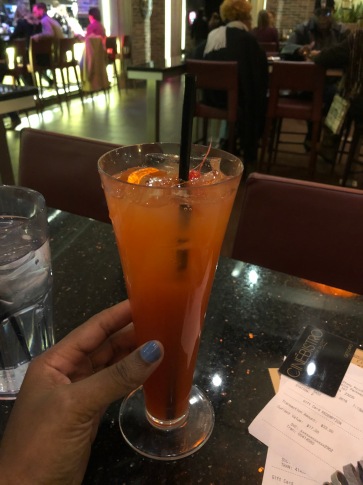 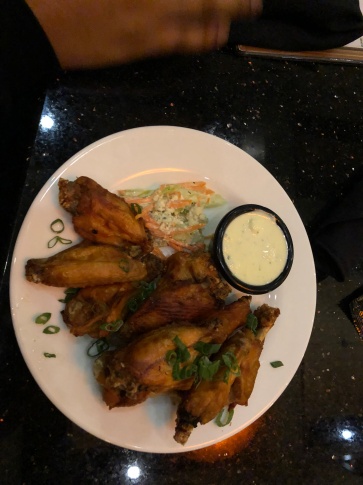 The movie theater wasn’t too big, all seats were great seats basically. The chairs lounged back and were very comfy. 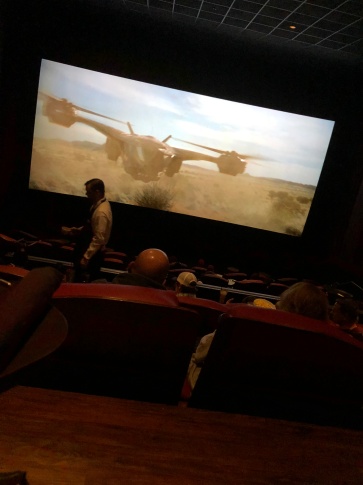 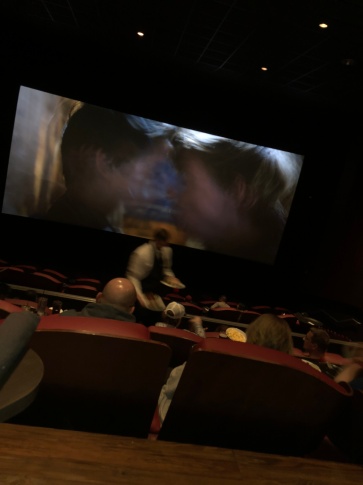 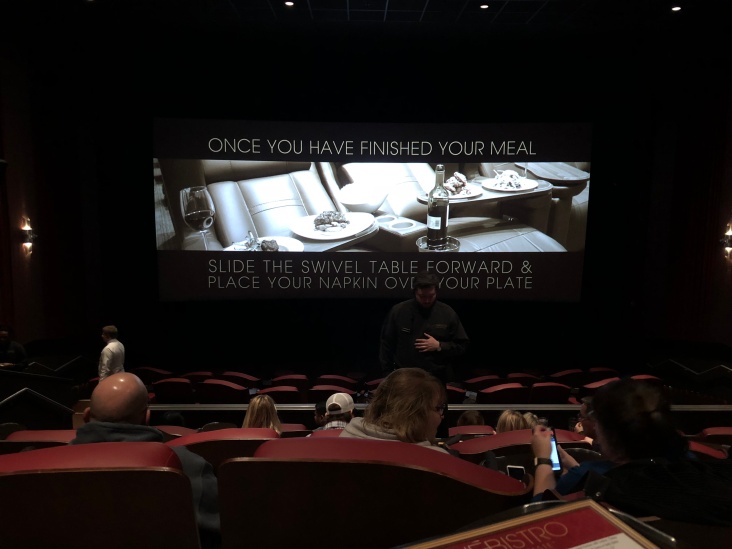 I know when you go to an upscale movie theater, the last thing you order should be popcorn. But I’ve never seen a movie without eating popcorn, and I wasn’t about to start now.  I want to say more about the in theater dining experience, but it was pretty seamless, didn’t take away from the movie experience, which is surprising because everyone in the theater was basically getting their meals at the same time. You would think it would be disruptive but no, it was just well run. 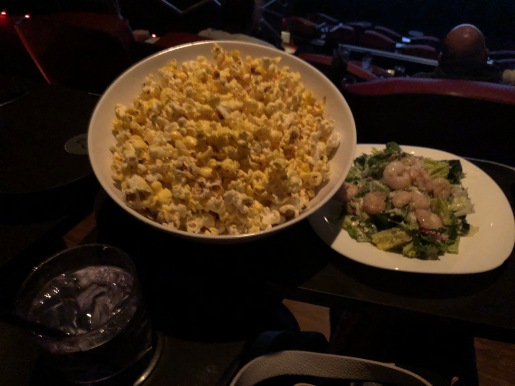 (Hubs order a hamburger which he said was fantastic.)

The movie was fun, you really can’t go wrong with the Rock and Kevin Hart, like ever. Afterwards, it seemed like Hubs spirits were uplifted, we played a little chess, laughed even held hands. 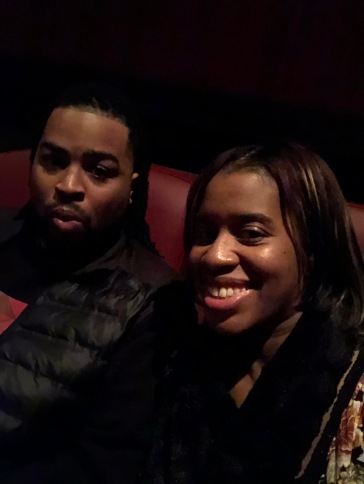 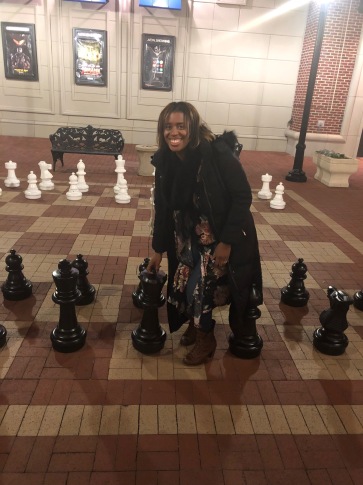 But then we turned our phones back on, reality set back in, he became a sad Steelers’ fan and I went back to being a Ravens’ fan secretly laughing inside (Boooo, Steelers !!!)