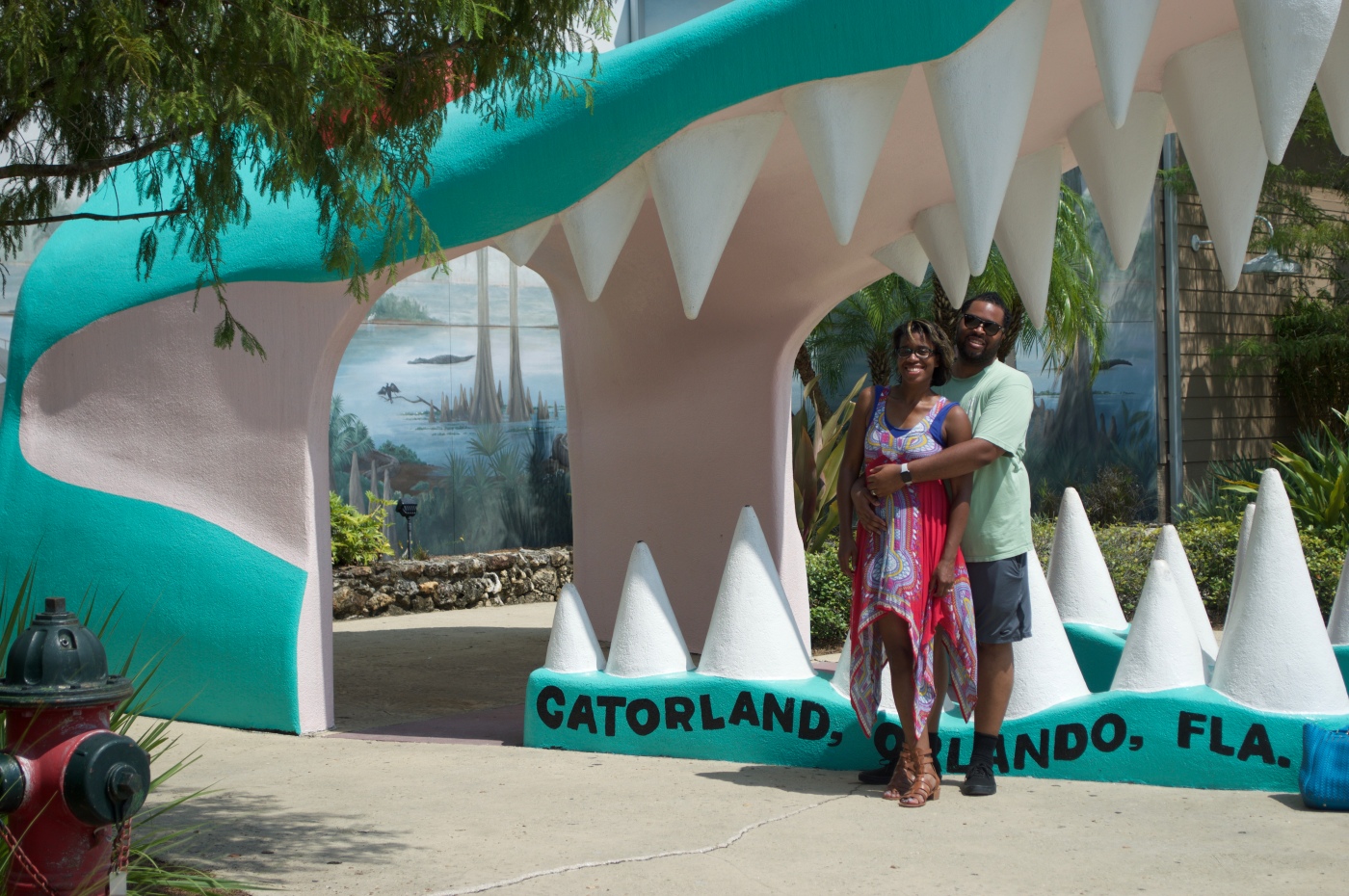 3 Kids, my husband, me, my mom, her husband, my little brother Tony from Cali, and a partridge in a pear tree… all went on a 8 day vacation to Central Florida.

Honestly, the longest vacation I’ve ever taken. I have this fear that if I take more than 4 days off of work, I wont wanna go back, lol. So until this trip, I never have.

We stayed in the Sheraton Vistana Resort in Lake Buena Vista, a place with a luxurious yet home-like feel, with a lot of space, a fully-stocked kitchen, 2 large bathrooms, washer/dryer, and living/dining room.

Of course, this trip was initiated due to my daughter’s last and biggest club volleyball AAU 4-day tournament in Orlando.

However, I successfully turned a mandatory event to a fun-filled family opportunity! Kudos to me, lol.

My daughter and I flew down 2 days before everyone, because she had to be rested and volleyball ready! The first day of the tournament started at 4pm, and 3 games later, we were done around 930pm.

So, I knew she was tired and we decided to treat ourselves to Red Lobster, then rest for her next game was the next day at 8am.

One the 2nd day of the tournament, the rest of the family flew in and once everyone was settled, we had a family/team dinner at Freddy’s Steakburgers.

After the tournament, which ended up being 12 games in 4 days,

I had major plans to take all of my family to Disneyworld, for one day.  However, Mother Nature had other plans. In that it rained with thunderstorms and lightning the entire rest of the trip in Orlando.  So, I decided to go to plan B.  Only issue is I actually did not have a plan B, yet.

Masterfully I thought, all else fails the kids always will enjoy the beach.  Plus, I promised the now 8 year-old that he could have birthday party on the beach.  So, before heading to the beach, my brother and I went to Walmart to get some presents, and cupcakes, to make his party on the beach even more perfect.

We all traveled a little over an hour to Daytona Beach.

Let me tell you, the sand was soft (hot) yet fine, the water was warm, blue and inviting.

Surprisingly it wasn’t too crowded. Everyone had a good time…especially me.

I was on some crazy level of relaxation, that I’ve never experienced before. Initially I was uncomfortable because I knew it was ephemeral but then I allowed it to overtake me.

As, Elsa sang in the movie Frozen, Let it go, Let it go… And I did, and I’m so much better for it.

The next day was my lil bro’s last day before he had to head back to his screenwriting West Coast World.  The occasional thunder and lightning continued in Orlando, so I had to scope out one last potentially fun for the entire family event.  After reviewing the resort’s discounted tickets list, we decided on Gatorland !! 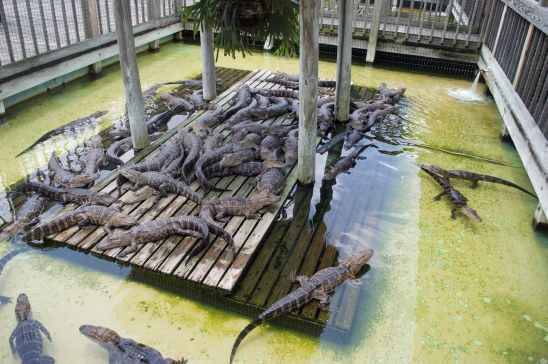 It was awesome for everyone, but profoundly hot like suck the lifeforce out of you hot, fortunately they had a little water park area.

And kids and I were ready, after all you should never travel in Florida without a bathing suit on or ready.  We are a family full of geeks (and my mom’s a retired school teacher) so there’s nothing like mixing education with fun. 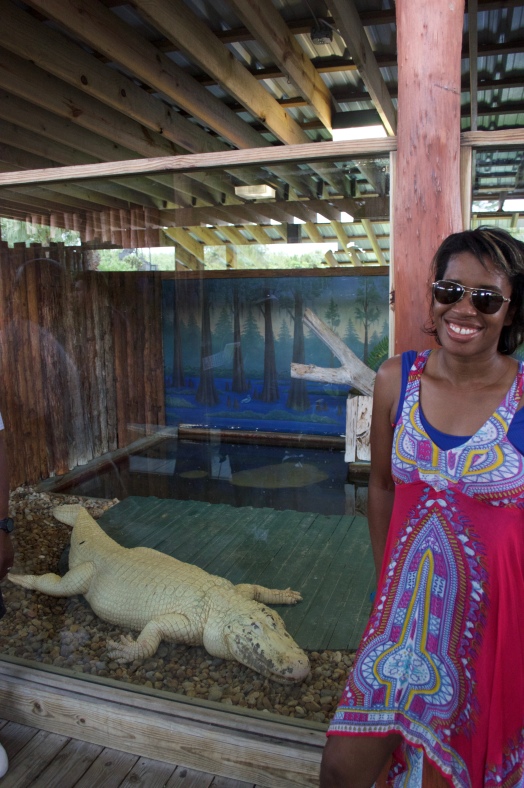 So, my little bro departed that night headed back to his life of screenwriting and west coast living.  Yeah, I was missing him pretty bad.  I think that’s why hubs decided to take me out on our last night there. 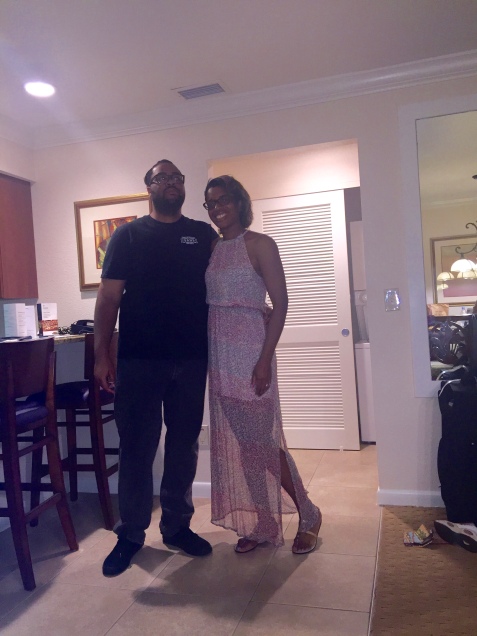 We went to Kobe for Hibachi. 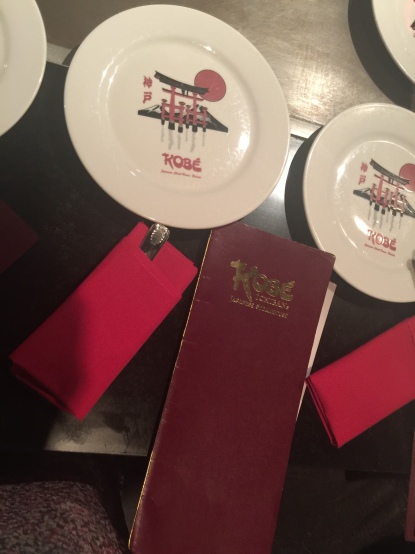 Then to get our sports fix, we went to Orlando Ale House, nothing like 5 large tv screens of sports highlights!!!

On the 8th day, we were all sad to leave yet ready to go back home.  A sign of a really great vacation!!! 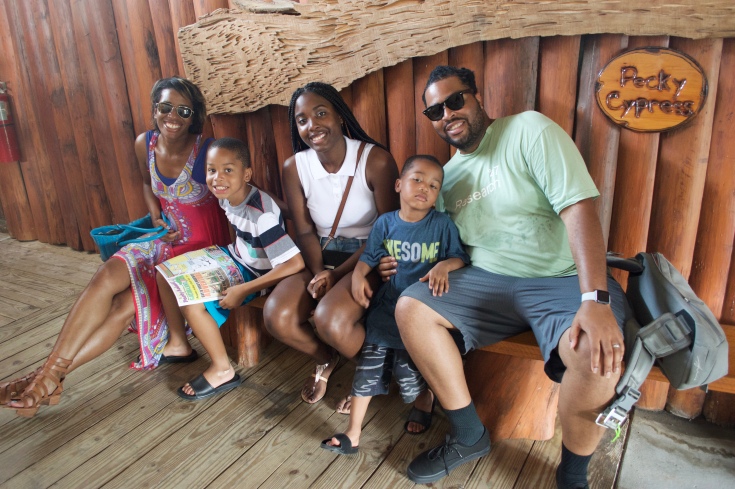 We got back to Baltimore are 1am, just in time for hubs and I to be back at work at 8am, lol… You know how we do.

3 thoughts on “Our Fantastic Florida Vacation w/ an Unexpected Guest…”