So, what happens when you attend a DC Indie Fashion week for the first time? Well, since I didn’t know what to expect, I basically kept wearing the wrong outfit, lol.  This was my first time almost attending a full week of any fashion week.  It was a sort of separate cohesiveness that effectively maintained the overall message of Indie Fashion Week. After each event, I found myself anxiously awaiting almost longing for the next one.

Now, I missed the first day because I was in Denver at my kid’s volleyball tournament, however the evening I came back, I attended the Streetwear Presentation.  The venue was Honfluer Gallery, which totally accentuated the event!

“handmade urbanized luxury,” I have a special adoration for red pants, like I’d wear them everyday if I could. 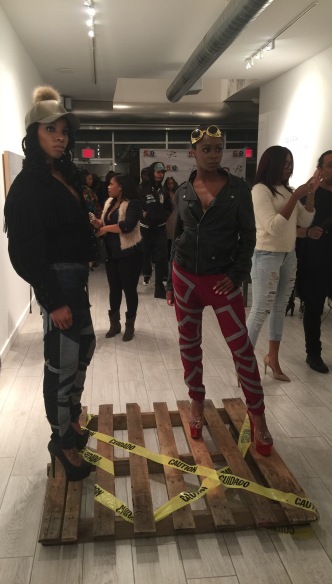 The models aggressively stormed out, I’d say ready for war; seemed fitting when I learned the collection is called Apocalypse! The streetwear presentation was merely a teaser for what was later to come in the week!!! 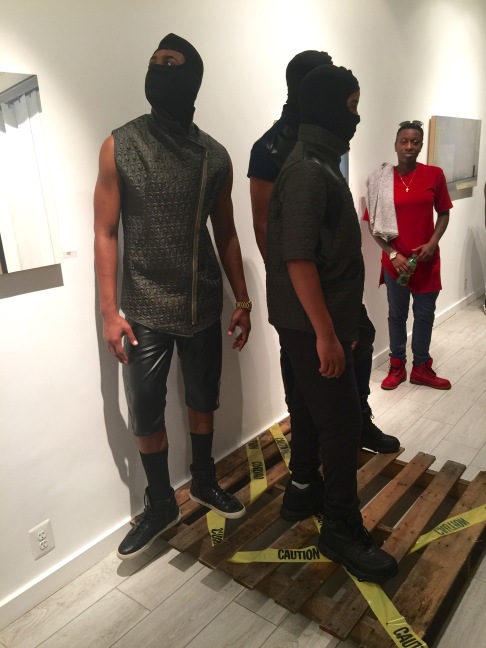 Designer du jour – John Tucker. I had the pleasure of a quick interview with the modest designer of Liv Luv Culture. He is from Prince Georges County, MD. He learned sewing from his grandmother and wants to promote positivity in the community.

Words we should all live by. He gets most of his fabric from all over including NYC. Some of his collection was made in house and the rest in China. This collection would definitely allow one to express their individuality on the street and red carpet alike! 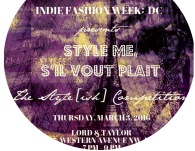 2 days later, there was the stylist competition. Another first for me. The setting was at Lord and Taylor, a virtual stylist smorgasbord.

Although surrounded by high end designer clothing, the night was all about what these stylists could do. And trust, their tasks were quite difficult. There were 3 concepts: after 5 networking event, chic rainy day and corporate interview. They also had to incorporate a metallic, a texture or graphic print.

The panelists were incredibly knowledgeable. I learned about men’s suiting, did you know historically Americans button the top button and Japanese men button the bottom?  The panelists were of course fashionable, but also kinda tough. I mean I’m in medicine so plenty of times, I’ve had to stand in front of many colleagues and explain my thought process. It’s hard to take constructive criticism, but these stylists did it with grace.

Some of my favorites… (adored the layered pink lace, btw)

I was too busy snapchatting the event and caught the beautiful reaction of the winner on video, but sadly no picture. So, shot out to Tag the shooter, whose IG pictures of the winner as well as the panelists are fantastic(see below). 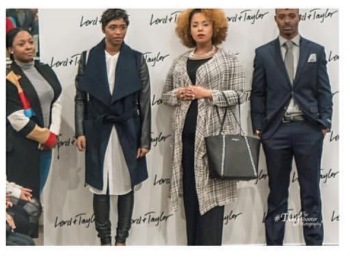 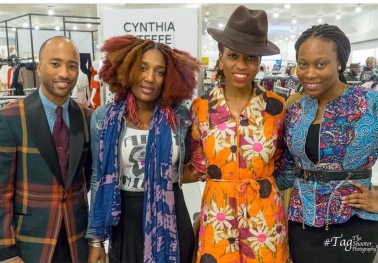 Okay, so there was definitely an upscale feel (which makes me wish I didn’t bring a tote, lol) but each of the designers had both a presentation and runway show simultaneously.  Beautiful fashion just coming at you from everywhere! 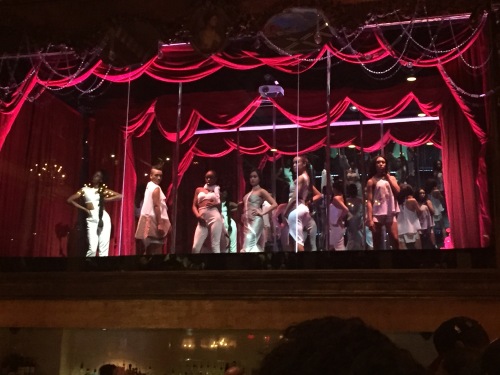 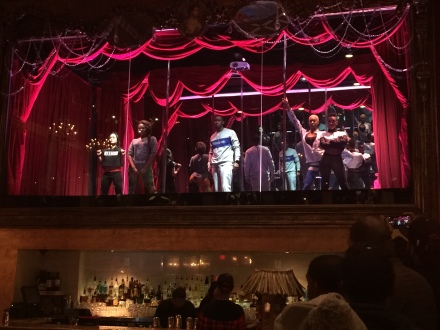 Designer du jour – Aleka Demorris is a fashion forward designer from the DMV who clothes are all handmade. She loves textures and using mesh, sequins, and power stretch material. Her inspiration was the zodiac signs.

The finale included the major fashion food groups: streetwear, elegant gowns, menswear (with a hint of androgyny), and of course athleisure. It was the perfect culmination of the week!

Fashion has a far reach, its not only aesthetics. It can support and uplift communities. It was pretty clear that the IFW committee worked tirelessly to be an avenue for designers and fashion community as a whole.  Being from inner city Baltimore, I hope my post does a part in furthering the development of fashion here because the DMV has so much to offer!

“Go confidently in the direction of your dreams. Live the life you have imagined” -Henry David Thoreau