Its September and that means another iPhone is here. This year is an “S” model year and usually brings moderate changes along with maybe an added feature or two. As the last “S” model was the iPhone 5s which brought touch  id to the mainstream for iPhone users. This year I told myself that I would not get the new iPhone and that the iOS 9 update would be enough to hold me over until the iPhone 7 comes out next year. But there i was 11pm the 24th of Sept camped outside the local At&t store in my neighborhood talking and eating food with people I have never seen or talked to in my life. The campout was pretty uneventful but went quickly with the line getting longer towards 7 am as those not brave enough or crazy enough to camp out started to arrive for the 8 am opening. We all got our phones and at first there really was not much excitement inside of me, that was until I started to use the phone. This iPhone is not a just a tweak of its predecessor the iPhone 6 and 6 plus its a whole new iPhone. This phone improves over the prior model in 3 complete ways. 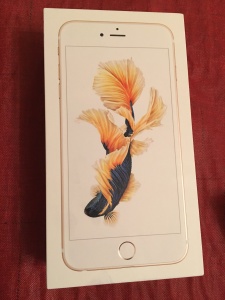 3D Touch-Which allows the screen of the iPhone to be used in ways not seen before. The screen actually responds to the level of touch you give it because the screen actually is able to read the pressure and let you interact with apps by getting to the main points of interest, most frequently talked to, or what apple calls peek and pop. This feature is awesome but is a little easier shown than typed about. 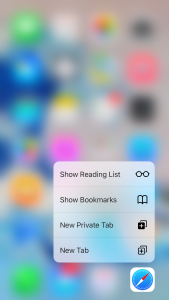 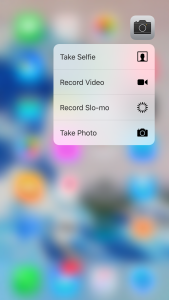 New Camera–The camera arguably is the most important part of any smartphone now a days and the iPhone has always had one of the best but this year they went above and beyond by replacing  their already good 8 megapixel shooter with a 12 megapixel beast. This new camera has improved clarity, better image quality, and better image stabilization. It also includes some added features in live photos, 4k video and even allows the screen to be used as a flash for a night-time selfie.

A9 Chip and Ram–Like the post says this phone is super fast and that is up from 2 distinctive reasons the 2gb’s of ram upgraded from 1gb in last years model and the new A9 chip inside. The phone can handle many more open apps without seeing any type of slow downs on the phone with the new chip supposedly offering more than  70% faster cpu and 90% gpu than previous chip.

This iPhone is a remarkably different beasts with these additions and as usual apple continues to reinvent itself every year bringing new and better products to the masses.

1 comment on “IPhone 6s Plus Is Here and Boy Is It Fast!”