So during our trip to California, we definitely ate, like a lot.  It was basically at random. Hubs would ask, “What do you want to eat?” My usual response would be “FOOD!”

So take the food journey with us… 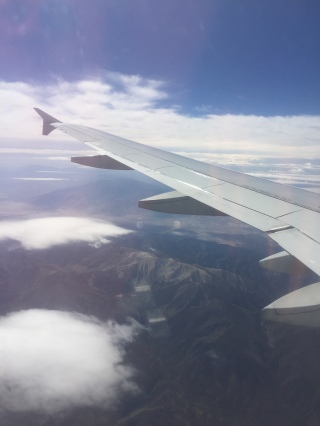 After we arrived, checked out the Getty Villa, checked into our hotel, and visited with my brother, I was starving.  It was 10pm (or 1am our time) and McDonald’s just wouldn’t do! So, hopped on Yelp and found Foxy’s.  It is known for American cuisine but also Mexican Flare…

In an effort to soak up the California weather, we ate outside, the atmosphere was wonderful… 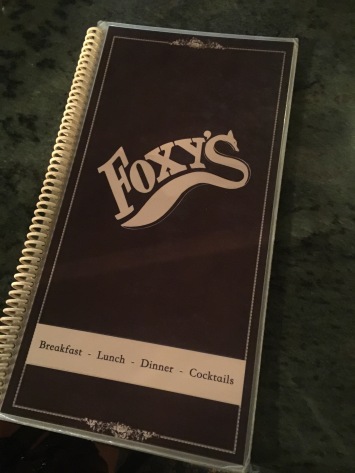 …Service was quite attentive

…and the food, well was right on time!

Day 2: The Yardhouse at LA Live

So it was midday, we strolling around downtown near the Staples Center, waiting to see our first 4DX movie (see Brent’s post here)!  Something about this restaurant was calling our name.

The Yardhouse has high-end American cuisine and is well-known for its beers. So despite our very relaxed attire, in a sea of suits, it was really a fun place to be. 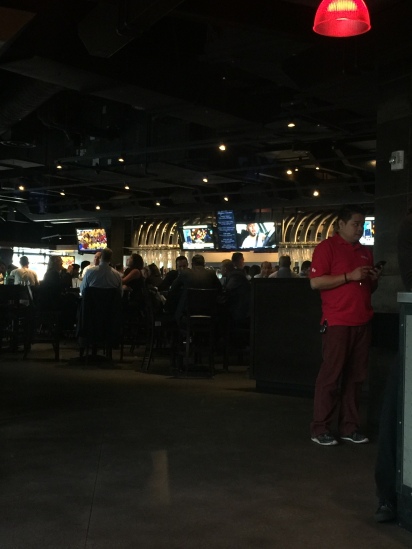 We sat outside, despite the fact it was a cloudy day it was in the high 70s and unlike Baltimore, no humidity!

Oh my Gosh, the food was amazing! We had such a good time, we didn’t want to leave!

After we saw Blair Witch (which was event more frightening in 4D), we rested up at the hotel and then we met up with my brother for dinner.  Apparently we just had to eat a Ramen spot on Sunset Blvd. After college, I swore never to eat Ramen again, but as the wonderful smell emanated from the restaurant, I thought, What’s one more time?

It was quite a wait (only 20 minutes but when you’re hungry it feels like forever lol). I thought to myself these noodles must be amazing, in that there is line of people waiting patiently outside.  In the meantime, next door there was a store opening of a boutique Flirt Culture . So, of course, I had to get me an outfit. Anywho, I digress.  So, the restaurant definitely had that close knit feel.  So as I read the menu, it said “Our Ramen broth soup boiled for 16hrs for richness and taste.”  I thought, Wow! 16 hrs for little ol me?!?

So, I have no idea what my husband and brother ate, because I was completely enthralled in my meal. I had the Pork Tonkotsu Soup, and it was truly life-changing.

So we had a fantastic day, hanging out in the Apple Store getting my new Iphone 7+ !!! And almost that almost feel second to where we went later…

A Cupcake ATM by Sprinkles, What da what!?!

While in Santa Barbara (see my post here), where we briefly stopped at The Good Cup for a croissant and Lavender lemonade. Yum! 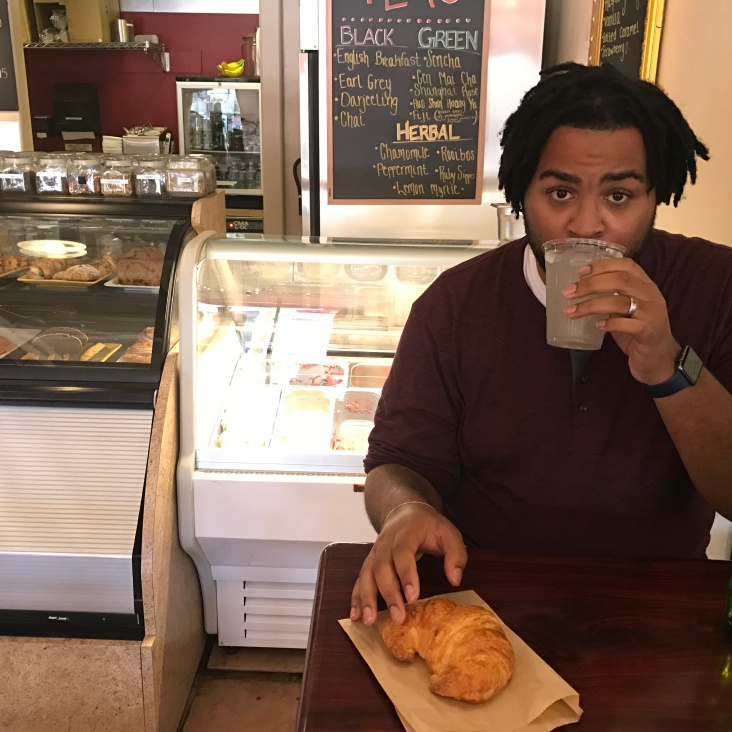 Later that evening, my baby brother (he’s 28, recently obtained his MFA in film directing/screenwriting but still my baby bro), invited me to dinner. So I left hubs in the hotel with football, and went to Echo Park.

So, this is where you get the best Chicago Deep Dish in town; however my brother had a big interview the following morning, and it takes 45 minutes to make the specialty pizza… So we settled for their incredibly tasty thin crust pizza.  Not many things I’ll settle for but this was worth it!

And the dessert was to die for, we got the bread pudding, which was perfection!

Well, I’d say this was the day of redos.  We went back to La Live and saw Magnificent 7 in 4Dx.  I absolutely refused to fly home that night without eating again at Silver Lake Ramen, much to my hubs and brother’s chagrin.  But I won that battle, I had to get those Tonkotsu noodles again!  Our last stop before our 11pm flight was to catch a Dodger’s game, and there is nothing like baseball food.

I feel the food on a vacation is pivotal to the success of the trip.  On this California journey, we were lucky to find so many great restaurants and cafes.  Everywhere I mentioned, we highly recommend!