Sooo, the Couture Fashion Week show lasted about 45 minutes, which gave us ample

time, to run upstairs to our hotel room and change for… Broadway!!!

Which so happened to be a lovely 2 block walk from our hotel. Yeah I’m pretty awesome when it comes to planning. I admit I wanted to see Chicago, but my daughter runs the show and wanted to see Wicked.

So, naturally that’s what we saw. It was weird the last and only time we went to Broadway was when she was 8 and we saw the Little Mermaid!

Well, the famous Gershwin Theatre lived up to its name.

It was so awesome to be there. Little background to the show was the events that lead up to why the Wicked Witch of the East was the way she was in the Wizard of Oz.

The 10pm show was hilariously entertaining, the actresses/actors were beyond talented and their voices were powerful and melodious. 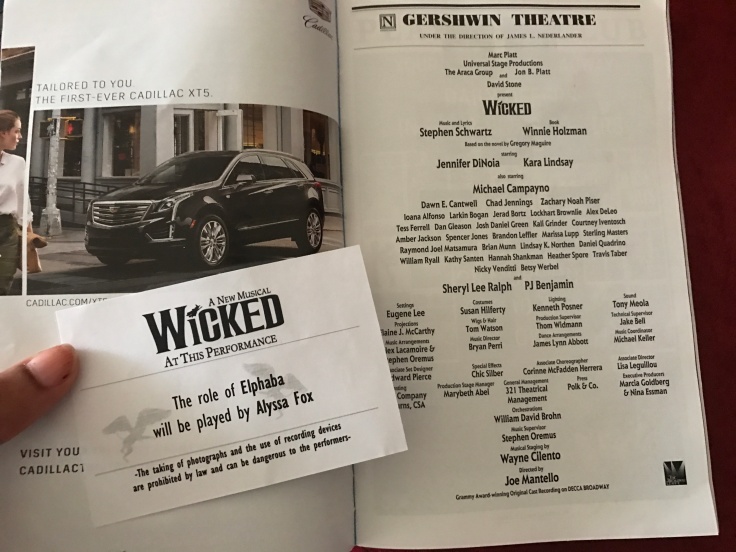 Obviously we’re not allowed to take pictures during the show, but the entire production, and costumes were perfection.

Well, this the last post of our NYC Chronicles and although it was merely a night and a day, my daughter and I had a lot of fun.

It was great having this bonding time before I have my 4th child later this summer, and she goes off to college in a year 😦